THE TIME TO SHINE… FOR THE OMEGA DUBAI MOONLIGHT CLASSIC 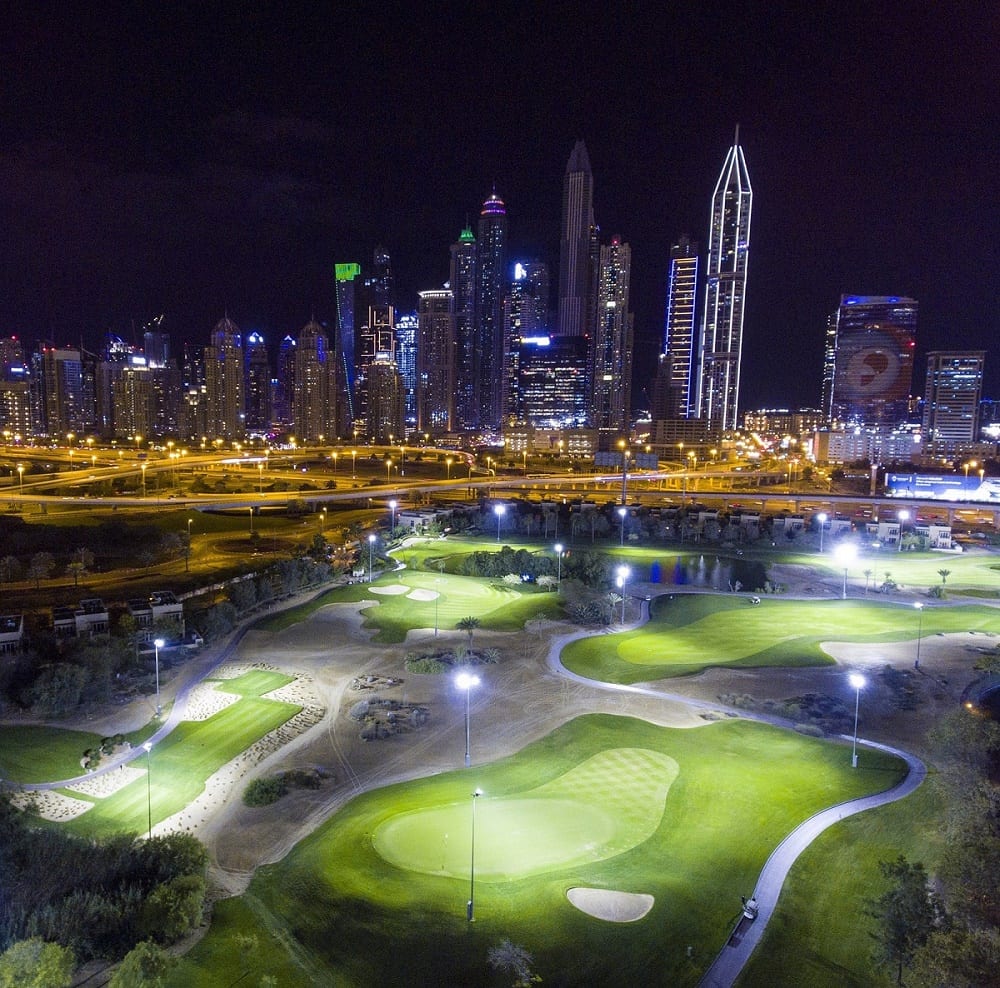 DUBAI, 08 OCTOBER: Golfing superstars Minjee Lee, Georgia Hall and Lydia Ko, will be teeing off under the floodlights at this year’s OMEGA Dubai Moonlight Classic. The iconic Faldo Course at Emirates Golf Club will host three days of golfing action from 4-6 November with 56 players set to compete. Competition for the $285,000 prize fund will be fierce with five players from the confirmed field in the top 50 and one player in the top ten.

The tournament which has been played since 2006 on the Faldo Course, will return in 2020 for its 14th edition. The course was built with night golf in mind. It was redesigned by six-time Major champion, Sir Nick Faldo, in 2005 and reopened as a par-72 layout in 2006, with floodlights being an integral part of the course’s design. This year’s three-day event is set to take place behind closed doors and held within a safe environment. The OMEGA Dubai Moonlight Classic will mark the return of sporting events to Dubai and take place under the appropriately named theme “Time To Shine”, after many tournaments were cancelled or postponed due to the COVID-19 pandemic. Speaking about the challenge of organising tournament golf amidst an uncertain backdrop, Tournament Director, Simon Corkill, commented:

“2020 has been a very difficult year globally, not just for sports, and as such we are very grateful to Dubai Sports Council and all our partners; without their support this tournament simply wouldn’t have been possible. With some of the game’s best players set to attend this year’s tournament, we’ve gone above and beyond to ensure the necessary safety precautions are in place for November. Whilst we won’t be able to welcome spectators this year, we are delighted that Dubai will host the unique and day and night event which will be broadcast globally to 60 countries and 348m households.

The 2020 tournament has already secured some standout players from the women’s game, including defending champion Nuria Iturrioz, Solheim Cup players Charley Hull, Georgia Hall, Céline Boutier and the 2021 captain, Catriona Matthew. With the latter being a previous Women’s Open winner, LET ‘Player of the Year’ and famously the victorious Team Europe captain for the 2019 Solheim Cup. Whereas Boutier has been prominent since her breakout as the number-one ranked amateur in 2014, going on to secure four victories on the Ladies European Tour and Symetra Tour in 2017 and 2018, before following up in 2020 with her first victory on the LPGA with a win at the Texas Women’s Open.

Australasian sensations Lydia Ko and Minjee Lee will be hoping to crash the European party. Ko, who in 2017 became the youngest ever number one ranked professional (in either the men or women’s game) as well as a two-time Major winner soon after, will be hoping her first appearance in Dubai will continue her return to form in 2020 after a recent T2 finish at the Marathon Classic. Australian Minjee Lee is currently ranked No.6 in the world and with three top-four finishes in five starts since the post-COVID resumption, she’ll be hoping to better her T-11 performance in Dubai back in 2014.

“It will be great being back in Dubai competing again and this will be my first time playing under the floodlights with the backdrop of the nighttime Dubai skyline, which I am sure will be an incredible experience,” said Minjee Lee. “As golfers, we are incredibly lucky to be able to compete and play golf all around the world, on so many beautiful golf courses in so many amazing locations. I just can’t wait to get out under the lights come November and try something new. Having previously secured a top-20 finish in Dubai before, hopefully my game will be able to adapt to the conditions and my performance will give me a chance to compete.”

Looking to take advantage of the unique conditions will be 2018 Women’s Open winner champion, Georgia Hall, who arrives in Dubai fresh from three victories in the pandemic-affected season of 2020, with success on the Rose Ladies Series in the U.K. and a playoff triumph in the US at the LPGA Cambia Portland Classic.

Georgia Hall added: “The prospect of being back out in Dubai where I first played in 2014 as a teenager is an exciting one. I’m looking forward to finishing off the season in style and playing under the floodlights for the first time will be something new for my game to have to adapt to, it’s incredibly exciting for the players and we are very grateful that we have the opportunity to safely compete together once again.”

Hall will be looking to claim her first title in the Middle East but will face tough competition in Charley Hull, who she finished runner-up to in the overall standings of the recent Rose Ladies Series. Hull, who is no stranger to success in the UAE, won the most recent edition of the Fatima Bint Mubarak Ladies Open at Saadiyat Beach Golf Club in Abu Dhabi, in 2019. Her recent run of form in 2020 will make her one of the favourites to lift the iconic Dallah Trophy when the world-class field assembles in November.

With a line-up of such prodigious talent at this year’s OMEGA Dubai Moonlight Classic, Muni He, certainly won’t struggle to standout. The 21-year-old Chinese professional whose rise to prominence has seen her claim her first tournament victory on the Symetra Tour in July 2018 at the inaugural Prasco Charity Championship in Maineville, Ohio. A follow-up win at last November’s LPGA Q-Series was enough to secure her 2020 LPGA Tour membership and Dubai will be a prime opportunity for her to prove her burgeoning potential.

Formerly known as the OMEGA Dubai Ladies Masters, the inaugural tournament was played in 2006, with a strong rollcall of previous winners, including two-time winner, Annika Sorenstam, and four-time champion, Shanshan Feng. Sorenstam won the first two events back to back in 2006 and 2007, while Chinese former world no.1, Feng, dominated from 2014-2016, winning the tournament three times in-a-row.

The newly named and scheduled tournament has been switched from May to November after its first staging in spring 2019, when it achieved global recognition as the world’s first professional day-night tour event. 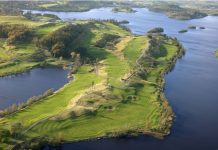 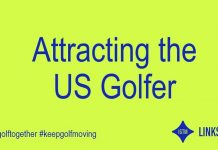 Attracting the US Golfer 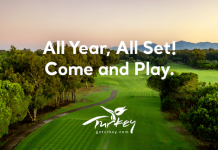 Very quiet on our links today bar our course staff, a lonely spot without our golfers. We very much look forward to the day our members and vistors are hitting bombs down our first fairway. #traleegolflinks #lockdown #golf #golflife #wildatlanticway #golfkerry #golfireland

Excellent golf holiday suggestion from our partners at @teetimesgolf 🇵🇹

Madeira Island, The Best Place For Your Winter Holidays - https://t.co/2FtFLIE7no

Destination Golf is one of the Worlds’ leading golf travel publishing companies, globally recognised and respected. We're approved members of the Worlds' largest golf tourism group IAGTO – and all of our Official publications are notably “Approved Publications by IAGTO”.
Contact us: info@destinationgolf.travel

Any cookies that may not be particularly necessary for the website to function and is used specifically to collect user personal data via analytics, ads, other embedded contents are termed as non-necessary cookies. It is mandatory to procure user consent prior to running these cookies on your website.

IAGTO UPDATE – Covid-19 insurance to be extended to all of...

Attracting the US Golfer